Forum Board for Guilford Beekeepers

What a swarming good day

Try posting here when needing or sharing information about the removal of honey bees from unwanted locations.

What a swarming good day

I was in a meeting with Guilford College people when they got a call about a swarm on Campus - turned out to be a false alarm, but Wally was on standby.

Just finished my meeting when Wally called back to say
he had a real swarm callout - did I want to come - DID I ???

Went home changed out of my suit and tie and into work clothes and watched Wally take down his third Swarm at Locust & Honey.... found two queens in the swarm..... Wally certainly knows how to spot them.

Just packing up in the truck and Rob Jacobs calls , he has another swarm - second of the day..... Wally had already captured one at 7am this morning.

Big ball of bees, about 16 ft up same place as this morning. 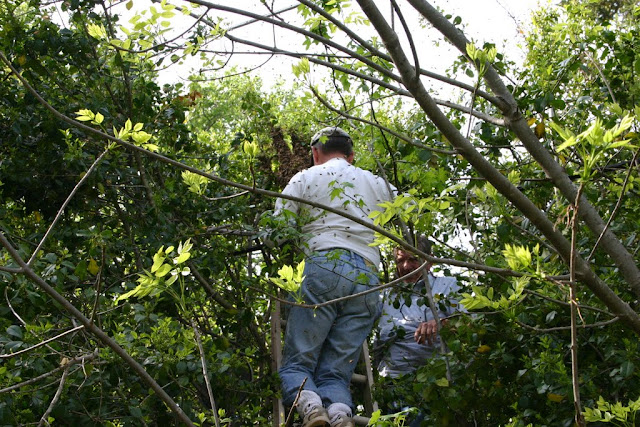 Long story short - chain saw was needed after the first ball dropped off the limbs and we had 10,000 bees making like jet fighters..... after 20 minutes they settled,

Rob covered in bees after the ball dropped off the limb 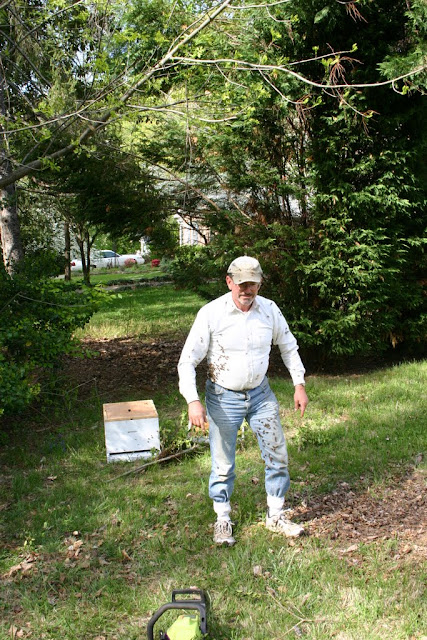 Wally cut it down and put them into a 10 frame box, but a bunch settled back on limbs up top. So a second cut was needed after they would not fly even with Fischers Beequik....limb was brought down and they marched nicely into the hive ....when Wally spotted another small queen ..... two swarms with two queens in one day 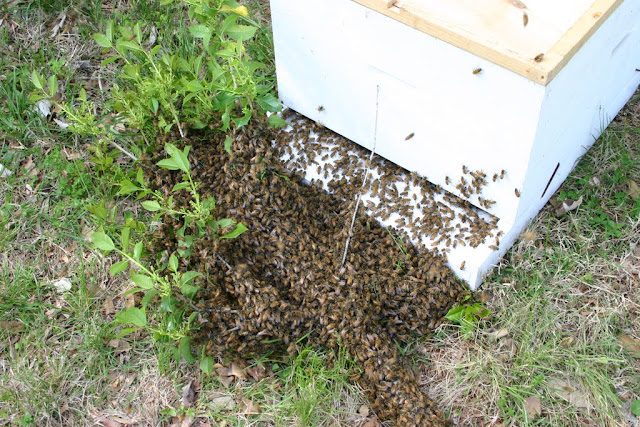 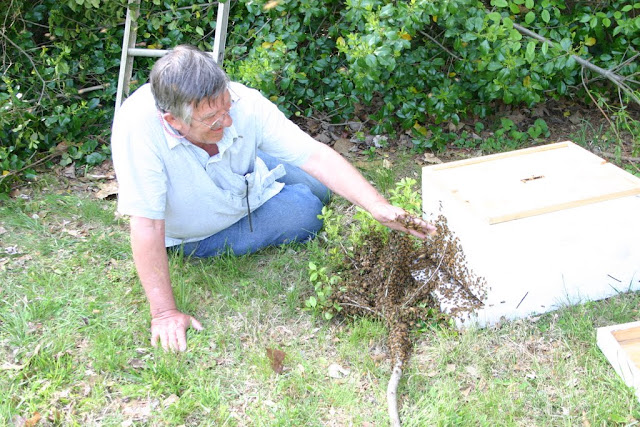 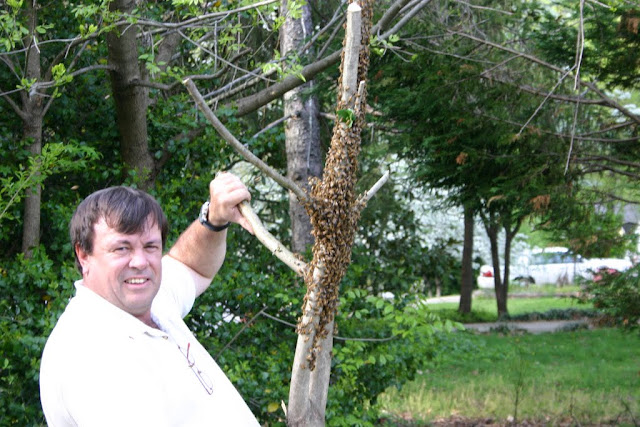 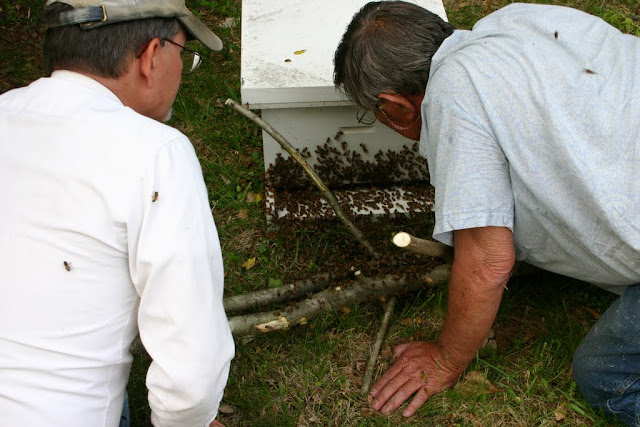 Re: What a swarming good day

These are awesome pictures. Thanks for posting them. I am really enjoying this forum.